A couple of Monday Discoveries for my poet friends: first, a poem by Stephen Dunn. Maybe I’m drawn to this poem because there’s a story inherent in it.  To read all of “Sea Level,” go to Poetry Daily: 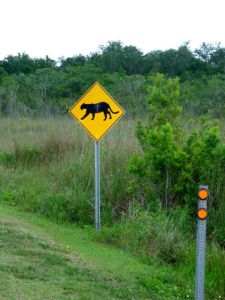 Down from the mountains of Appalachia
and the highs of new love
I’ve come across the extended monotonies
of interstates, back to where
scrub pines stand small at sea level.
There’s the house I left for good
(if forever can ever be good), . . .

And here’s a link to a new-to-me online poetry journal, Plume. Go exploring . . . Some outstanding writers (and good poems) here, among them Sharon Olds, Billy Collins, Linda Pastan, and many, many others. Enjoy!

Call to action: What inspires you and gets your creative juices flowing? Share a favorite source or link (or a newly discovered one) in a comment.

I’m not in the habit of sharing “raw” work, but I just discovered The Sunday Whirl,

which offers a weekly list of random words and challenges writers to do something with them–a poem, a short fiction piece. To put “new” words out there feels risky, but it’s a great exercise, so here goes. I used all the words in Wordle 59 in this little piece of fiction:

After Chelsea and Mark split up, she left town and rented a room in a cheap motel across the street from the beach. It wasn’t far, but just far enough she thought Mark wouldn’t find her. She lay crumpled on the bed, going through boxes of tissue. The bruise had begun to fade now, going yellowish. Her ribs hurt less, it was easier to draw breath, but still. He never should have gone that far. Who would have thought they would crash and burn that way? She had tiptoed around the edges of his anger, tried to chisel away his defenses, but Mark basked in the glow of argument, he’d beat her every time, not with his fists—at least not until now—but with words. He could nail her, pierce her like that fly in a poem she’d read in high school, pinned and wriggling on the wall.

When somebody knocked at the door, she crouched on the other side of the bed. It was late afternoon; the sun filtered through the ugly drapes and cast patterns on the walls.

“Chelsea? You in there?” Mark. She thought her lungs would burst, holding in her breath that way, trying not to answer.

This post is a day late, but I have a good excuse! I won’t be writing about craft or language or blogging today. I won’t be clever. In fact, I’m going to be a little serious, so if you dare, read on:

My husband had surgery on Tuesday (he’s doing great, thanks), and we spent four hours in an admissions waiting room before his case was called. Such a cross-section of humanity you’ve never seen (or maybe you have). I was reminded of the words of Emma Lazarus: “Give me your tired, your poor, / Your huddled masses . . .” Just add “your sick” to her words, and you’ll get the picture. 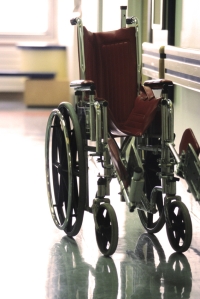 I’d believed the days of entire families gathering in hospital waiting rooms were long since over. My ex-husband, a surgeon, used to talk about hordes of family members in the hospital hallways, waiting to snag the doctor on his way in or out of a patient’s room. He called them “Mama ‘n ’em,” which is Mississippi Delta speak for “mother and all the rest of the kin.” Maybe it’s a Southern thing, this gathering of the clan. Anyway, it was happening in that big room on Tuesday.

To pass the time, my husband and I invented the lives of the folks around us. The couple across from us? Retired teachers. Or, because of her severe haircut and lack of makeup, I thought she might have been a nun and he a priest who . . . Well, you can finish it.

Down the way, a tall, elderly, elegant-looking African-American woman wearing a wonderful black and white caftan. She sat in a wheelchair surrounded by five or six older adults and teenagers who brought her blankets and coffee and catered to her needs. She was “in” for a hip replacement. Just before her name was called, a man who I took to be her son stood up and said, “You’re gon’ be all right. We gon’ pray before you go back.” I certainly hope she was. Those family dynamics? Who knows, but there’s a story for sure, one of close ties strengthened through hardship.

Next to me, a man in his forties, his complexion yellowed. Several family members sat with him: a sister, his mother (a woman with poufed, Mormon-wife-style hair, carrying a red plaid purse), a daughter who sat on her boyfriend’s lap, both preoccupied with their cellphones. Texting? Surfing? The young man had two dog tags tattooed on his left arm. Nobody talked.

A few rows over, three women in their sixties who had to be sisters. Their elderly mother was the patient. She must have been ninety, but she sported a pink eyelet sun hat and seemed the calmest of them all. How many years, how many relationships were represented there?

And one more: In the far corner, a couple facing away from each other. Enough said.

Two Fiction Writers in a Game

So there we were, my husband and I, two fiction writers in a game of making up stories to keep our nervousness at bay. But you know, I haven’t stopped thinking about those people. I’ve wondered what happened to each of them after their names were called and they underwent their procedures. I’ve thought a lot, too, about the fact that they—and we—were only a small portion of a larger flow of humanity through rooms everywhere, undergoing “surgery”—physical, emotional, spiritual—at any given moment in time.

I couldn’t help being struck by the diversity, the emotions, the dramatic circumstances. But if we’re looking for stories, we don’t have to do it in a hospital waiting area. All we have to do is look around us. Really. See.

Wherever you go this weekend, take a notebook, sit, watch. You’ll find plenty of stories or poems, if that’s what you’re looking for. If you’re not, you’ll become more aware of our common humanity. Come back here and tell me what you see. Leave me a few lines of a story!