I have news: the Sophomore Slump isn’t a myth. I know. I lived it.

After a pretty exciting first year of college, at the start of my sophomore year, I hit the slide. Oh, I was going out some, but there wasn’t anybody special. Generally, life was good. I liked my classes, and I wasn’t as anxious about grades as I had been during my freshman year. But my social life slowed way down.

I was living with two other girls–that’s right; three of us crammed into a room meant for two. We had a set of bunk beds plus one other, and one closet for all of us. But we were great friends. I guess we had to be! One roommate was a morning person who, the instant the alarm went off, leapt out of bed with “Good morning! How’s everybody this morning?” (I cannot italicize that word enough to give it the proper emphasis!) I would groan and roll over, dying for just five more minutes of sleep. She was also the one who, when she answered the hall phone and it was for me–yes, there was just one pay phone for the entire floor–would scream, “Goochie! Phoo-oone!” at the top of her lungs. I didn’t like being called “Goochie.” But I loved my roommates, anyway. I still do. 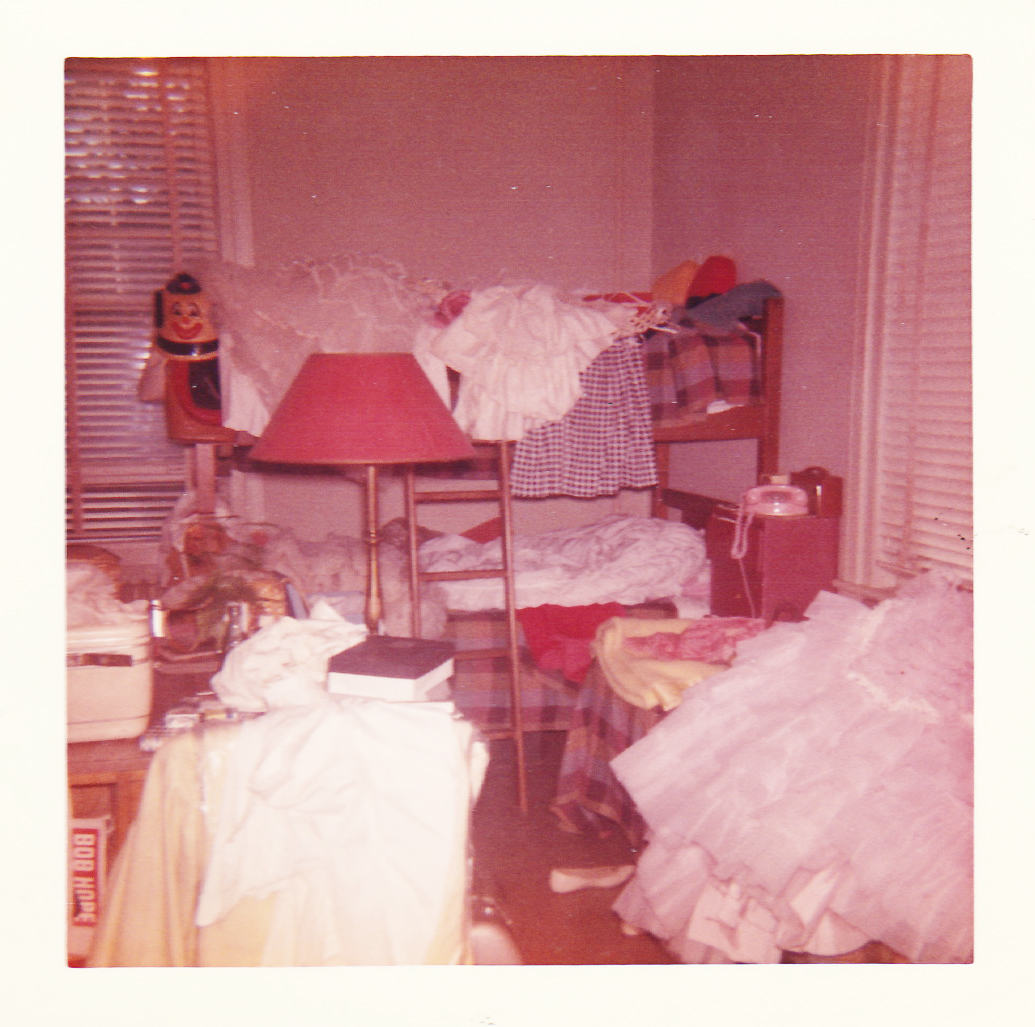 But that doesn’t address the slump. I dated a football player briefly that fall. He thought he was God. (I knew how to pick ’em, didn’t I?) He took me to a drive-in movie and ran over the speaker. He asked me to be his date to the Sugar Bowl in New Orleans. Do I need to explain to you what a huge deal that was? My parents didn’t understand it. They refused to let me go. The Big Football Player didn’t call me again, and I was crushed.

There was this other guy, though. He’d cut in at a dance back in the fall, and one afternoon after class, he offered me a ride to my dorm in his white convertible. He didn’t call me until the spring, and I thought he’d forgotten all about me. When he picked me up for our first date, he was driving an old Ford, not a convertible. A bird had hit the front grille, and he hadn’t been able to get the dead bird out. That car smelled awful! It turned out the convertible belonged to his sister. By then, it didn’t matter. He was a pre-med student, a Mississippi Delta boy with the bluest eyes I’d ever seen and a great smile. He wasn’t handsome, exactly, but those eyes. He was intelligent. He loved books and music. He had a great future.

If you had handed me a checklist of all the things I was supposed to look for in a mate, I would have checked all of them off. I’d been schooled in the primary goal, you see: to find somebody to marry who would give me smart children and provide for me well. My college degree was like a trophy. I wasn’t really expected to do anything with it, although my father had advised me to get a teacher’s license so that if something happened, I could take care of myself.

This New Boy and I dated the rest of our sophomore spring. I won’t tell you the end of the story. Not yet.

At what point did your life take a turn that would determine your future? Were you aware of its importance at the time?

Thanks to Jane Ann McLachlan for bringing us the October Memoir and Backstory Blog Challenge!